Roman Reigns bursts out of the scene at Survivor Series 2012. In the seven years since his debut, we have seen hundreds of superman punches, and multiple titles as the Reigns have carved out his place in WWE. But let’s go back to those formative months of his career to look at his first Superman Punch, Title win and more.

There were so many questions after The Shield’s destructive debut at Survivor Series 2012. Why did Seth Rollins, Dean Ambrose and Roman Reigns invade WWE? And when would they strike next? We got that answer to the second night on Raw when the trio pounced on Ryback once again and put him through the commentary table. But we have to until the following Raw to find out the second answer when the Hounds of Justice finally spoke. When Michael Cole prompted Reigns to speak, he offered a very simple answer. Then Dean Ambrose declared they were The Shield, Reigns ended the interview.

Three weeks later at WWE TLC, Reigns and The Shield competed at their very first PPV match when they battled Ryback in Team Hell No. and it Table, Ladders and Chairs match. The crazy action that ensured was a fitting introduction to The Shield offense. We have come to know over the last few years’ weather it was Reigns spearing Kane through a barricade or Rollins stopping Daniel Bryan into a chair. And conquer approach ultimately secured the victory for the Hounds of Justice. As Reigns and Ambrose isolated Daniel Bryan and drove them through a table with a top rope powerbomb. But The Shield wasn’t done with Team Hell No, yet.

Daniel Bryan and Kane made hugging cool in 2012. But The Shield was more into fist bumps. While Team Hell No had impressive run with Tag Team Titles for 245 days. The Shield was running roughshod on every team insight leading to a collision for the titles at Extreme Rules 2013. The Tomato Tag Team Stipulation for The Shield’s chaotic style perfectly. Reigns took Kane out of action with Spear and allowing Rollins & The Big Dog to team up for Kane decisive top-rope Knee.  Do you think it’s not their Yard?

It’s early in Reigns career that the spear would be his signature finishing move. He used to split some of WWE’s greatest superstars in half, from John Cena to Undertaker. But over time, Reigns powerful arsenal began to incorporate devastating strikes like his leaping forearm clothesline. When The Shield made WrestleMania debut that clothesline evolved. Reigns sized the Big Show and delivered his first Superman punch.  The Hounds of Justice were so dominant in their first year. Reigns racked up a share of victories in the process.

But Reigns rarely competed in one-on-one action.  His first pinfall victory in singles action didn’t come until the final Smackdown of 2013 when Reigns took on Mark Henry. The World’s Strongest Man used his size, strength, and Junkyard Dog Style headbutts to control the action. But when Henry has a Powerslam, and Reigns slipped out countering a Samoan Drop.  A Superman Punch and a spear sealed Reigns first solo victory. 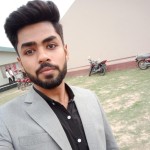