Angel Garza came out with Zelina Vega, Austin Theory and WWE United States Champion Andrade. WWE Champion Drew McIntyre was out next for tonight’s non-title main event. The bell rang and they went at it to start. Theory provided a distraction early on, allowing Garza to strike. Drew hit a big belly-to-belly early on, sending Garza out. He followed and kept control while Vega was looking on. Drew dropped Garza over the barrier and hit him with big chops.

They tangled on the floor and Drew hit a big Glasgow Kiss headbutt. Theory came from behind but Drew dropped him. Garza took advantage, nailing a dropkick off the steel steps. He hit more offense at ringside, sending Drew into the ring post a few times. Garza brought it back in the ring and nailed a big dropkick from the top for a one count. He unloaded on Drew while he’s down.

Garza focused on the leg, pounding on Drew while locking the leg up. Drew took a kick and nailed a clothesline. He hit an elbow to take Garza back off, then a big boot to the forehead. Vega cheered Garza on while Drew climbed to the top. Drew hit a flying strike from the top. He kip up and waited in the corner. Drew yelled at Garza to get up. Garza tried to escape the ring but Drew stopped him, only pulling his tights off to reveal his trunks.

Drew leapt out, landing on all three heels at ringside. He brought Garza back in, then sent Andrade over the barrier. Drew hit a Claymore to Theory on the floor. He returned to the ring and rammed Garza into the corner. Drew hit the big Alabama Slam but Garza countered, rolling him for a two count. They went at it and Drew connected with a big Claymore Kick for the pin to win.

Post- match, The Savage Scotsman stood tall as his music hit. Drew raised his WWE Title while the referee raised his arm.

After the replays, the announcers hyped Rollins vs. McIntyre for Money In the Bank. We saw Garza getting back to his feet in the ring. Drew dropped him with another Claymore. He talked trash to Vega. Theory came back in but Drew dropped him with a Claymore. Drew chased Andrade up the ramp and stopped him from running away with the WWE Title belt. RAW went off the air with Drew smiling with the title on the ramp. 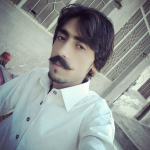